The teaching and managing staff of the Chinese Cultural & Arts Institute is comprised of elite professionals in their fields who are nationally and internationally recognized for their achievements in the traditional folk arts of the Chinese culture.  Trained at The Juilliard School, Taiwan’s National Institute of the Arts, Chinese Culture University, Jacob’s Pillow, and the Boston Conservatory, and by some of the top masters in the world, Lin Hwai-Min of Cloud Gate Dance Company, and Master Yau in traditional Chinese painting.  CCAI’s Chinese language teachers are Masters in their fields with published works and scripts.  CCAI’s programs are recognized by the National Endowment for the Arts through the Master/Apprentice program for folk arts.  The Founder of CCAI, Chen-Yu Tsuei began the first Chinese and Asian dance initiatives in the Greater Capitol Region through classes for several organizations in Harrisburg. 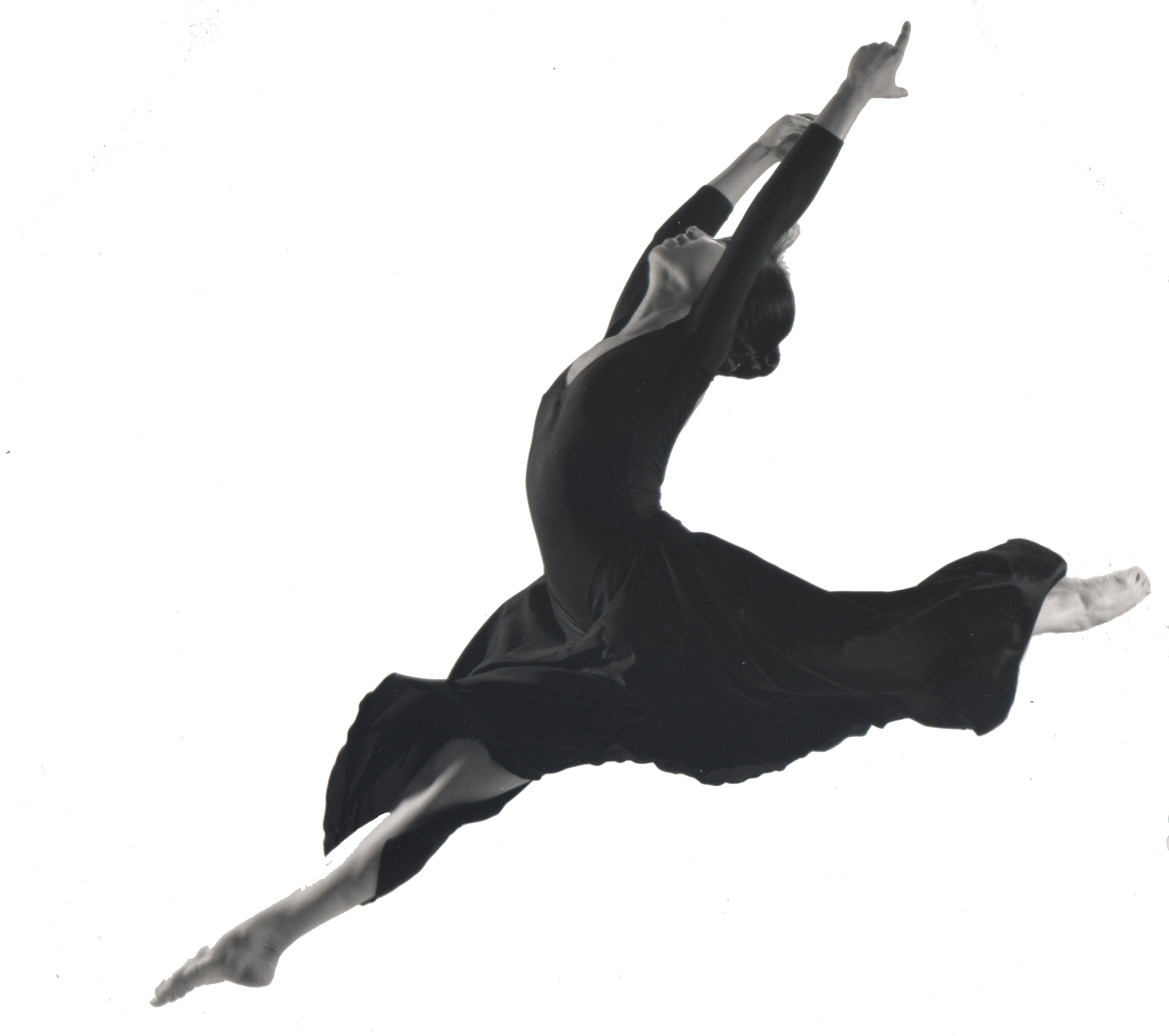 Ms. Tsuei began her dance training at the age of five and has won many national dance competitions in her country. At the age of 16, she was a member of Kaohsiung Contemporary Dance Company of Taiwan. In 1989, she came to the United States with a special audition as a scholarship student at The Juilliard School and continued her dance training at The Boston Conservatory, Drexel University, Jacob’s Pillow and The Paris Opera Ballet School for Teaching Program etc. In 1990, she won the First Prize of Chinese-American Performing Arts Competition. Ms. Tsuei has received her BFA Degree from The Juilliard School and her M S Degree in Arts Administration from Drexel University.
Ms. Tsuei’s professional experience include various cross cultural performances with The Lincoln Center program, the First Asian Contemporary Dance Festival, Dance Around World, Guest Artist at the Visual/Media Center at MIT, DePass Dance Company, instructors at the Boston Conservatory, DePass Dance Co., Berks Ballet Theater, Omega Dance Co, Columbia University, Long Island University, Colorado State University, Light of Life Performing Arts and Central Pennsylvania Chinese Association. Over the past decade she has performed at the National Cathedral in Washington D.C. and St. John’s Divine. During the year of 1996-2001, she was the Artistic Director of Danse Nova in Kaohsiung, Taiwan R.O.C. In 2008, Ms. Tsuei received “Woman who cares” awards. Currently, she is the Founder /President of Chinese Cultural & Arts Institute since year 2000. She received teacher’s certifications from OCAC since 2010. Since 2005, she has received NEA funded Master/Apprentice scholarships in preserving traditional Chinese dance.

Click on the arrow to learn more about CCAI’s instructors.

Mrs. Meng was born in Mainland China and grew up in Taiwan. She received her BA degree from Chinese Culture University in Taiwan in 1969 as well as her MA from West Virginia University in 1971.
After graduating , she and her husband moved to Harrisburg, Pennsylvania. Mrs. Meng worked for a number of years as a house wife to raise their two children, Raymond and Cindy. Eventually, she worked full-time for Capital Blue Cross as a Business Analyst until retired in 2009. Her teaching experience includes Chinese Language classes for the Central Pennsylvania Chinese Association, Chinese painting and calligraphy at the local library, school and museums. Since year 2004 Mrs. Meng has taught Chinese painting and Chinese calligraphy at CCAI. In her spare time, she enjoys the company of her grand-daughters, Emily, Hannah, Sofia and Sarah. Mrs. Meng has been with the Chinese Cultural & Arts Institute since year 2004. Since 2006, she has received NEA funded Master/Apprentice scholarships in preserving traditional Chinese painting.

Ms. Zhong is a full-time librarian with a master degree of Modern Chinese Literature and a master of Library and Information Science. Her teaching experiences include three years as a college teacher in her native country of China. Currently, she teaches adult conversational Chinese language at Chinese Cultural & Arts Institute since year 2005.

Jason Reed began taking his first dance class at Central Pennsylvania Youth Ballet when he was 18. By the time he was 21, he was attending his first year at The Juilliard School, enrolling in a four-year program, where he graduated in 2000 receiving his Bachelor of Fine Arts Degree in Dance. Since graduating, Jason has taken on many more skills then just dancing. He produces, directs, choreographs, teaches and performs with different companies, various shows, schools and ensembles. Jason has worked and choreographed under the direction of Marcia Dale Weary at CPYB, the late International Ballet Star Rebecca Wright and at Ballet Tech with Eliot Feld and in conjunction with The New York City Public School for Dance and the NYC Department of Education.

born in Taiwan and recognized as one of the most promising young violists and erhuists of today. He is the artistic director and founder of the New Asia Chamber Music Society and holds his bachelor and master’s degrees from The Juilliard School. Mr. Lin has won numerous competitions including Taiwan National Viola Competition, the Idyllwild Concerto Competition, First Prize in the 2008 Juilliard Viola Concerto Competition and subsequently made his Avery Fisher Hall solo debut Juilliard Orchestra. He was also the winner of the 2009 Stony Brook University Concerto Competition. In January 2013, he appeared as soloist on both the viola and erhu with the Yonkers Philharmonic Orchestra.
In addition to his solo career Mr. Lin is an avid chamber musician and is a member of the award winning string quartet, the Amphion String Quartet. The quartet was a winner of the 2011 Concert Artists Guild Victor Elmaleh Competition and is a member of the Lincoln Center Chamber Music Society CMS2 Program. Mr. Lin is also a member of the Musicians of Lenox Hill and serves as principal violist of the Solisti Ensemble and the New York Classical Players. He has also served as a principal violist of the International Sejong Soloists.
In addition to his accomplishments as a classical musician, he is also a world recognized professional erhu player. He has performed the erhu solo part at the U.S. Premiere of Sir Peter Maxwell Davie’s “Kommilitonen!” with the Juilliard Opera Production, as well as the world premiere of Jeeyoung Kim’s “Engraft” for solo erhu and string orchestra with Solisti Ensemble at Carnegie Hall. He also premiered Winnie Lan-In Yang’s “Fantasy for Erhu and Strings” with the New York Classical Players. He has been invited by the Milwaukee Symphony Orchestra and the Grant Park Symphony Orchestra of the Grant Park Music Festival in Chicago to play the solo erhu part in “Iris dévoilée” by Chen Qi-Gang. He has also been invited by the Metropolitan Museum to give recitals at their Gallery Concert Series and Patrons Lounge Concert.

Erica is Miss Chen-Yu Tsuei’s National Endowment for the Arts Apprentice in Traditional Chinese Dance. Erica has participated in the performing group and traditional Chinese dance at CCAI since it was founded. One of Erica’s highlights was placing 3rd place with Helen Zhang in duet, 3rd in solo, and 2nd in group dance at the 2009 International Chinese Folk Dance Competition Los Angeles. These finishes along with an audition, allowed Erica to qualify for one of the coveted full scholarships to the Beijing Dance Academy. Erica has been invited to perform for several Governors during Inaugurals and special events. Erica has been recognized with NEA sponsored PA Council on the Arts Master/Apprenticeship awards since 2008. Erica has assisted Miss Chen-Yu with junior classes and summer camps both as a teaching assistant and role model. Erica is a graduate of the St. Mary’s Honor College in Pre-Med Bio Engineering.

CCAI is an Independent Nonprofit Organization

The Chinese Cultural & Arts Institute is a independent nonprofit located in the United States and is not affiliated with the Confucius Institutes or with People’s Republic of China.  The Founder is a graduate of The Juilliard School and is from Taiwan, Republic Of China.

It is with deepest sympathy  and wishes for good health for everyone affected with and by this novel coronovirus.